Looking back over the past 6 months of our venture into vintage selling, we’re becoming more excited by the look we’re calling “momcore.” Momcore is distinct from normcore and dadcore in that it mixes classic prep (tweed blazers) with 90s grunge (vintage tees) with all cotton (no stretch!) denim. Vintage track pants under a dress or with a blouse. It’s more chic than dadcore and and less anxious than normcore. 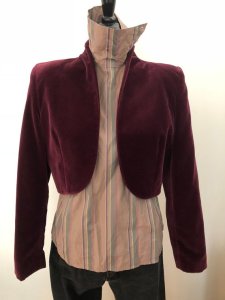 Part of our interest in mom style, beyond being moms ourselves, is that motherhood often realigns the time (and let’s be real, money) for fashion experimentation. There’s no need for a ‘going out top’ when just getting out is a victory. Our conception of momcore is also a nod to women’s workwear; from the pioneers to the flood of women into the workforce starting in the 1970s, women have always had to construct femininity with function.

Momcore style has been building for the past few years: there was the kindergarden art teacher look, normcore (although problematic), and, of course, the silver lake shaman. Digital media, especially Instagram, acts as the interstate of momcore style. Independent designers, bloggers, thrifters and women with clothes to sell and trade now have easy access to an audience and a market. Noishaf bizarre grows in follower count by the day and sells clothing made, mostly, by women led companies. While the internet offers an architecture for this trend to flourish, the larger cultural landscape contributes too.

Many of us were preparing for the first woman president in 2016, finding that perfect pantsuit for Nov. 2016 #ootd, excited to have a mom-in-chief. The election was a complete shock and women everywhere rallied, planned, and hit the streets. We’ve been calling and organizing ever since. Momcore takes up this moment of women rolling up their sleeves and doing the work.

Crucially, you do not have to BE a mom to fit momcore. In fact, one of the best exemplars, Tracee Ellis Ross, is not. She is the queen at mixing sneakers and blazers. 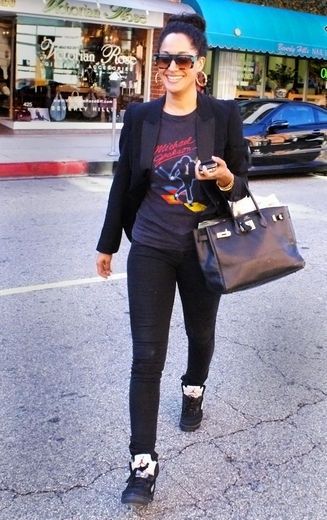 Of course, while sneakers are definitely a part of momcore, clogs are the official shoe. No. 6, Dansko, Birkenstocks, Rachel Comey, and numerous other small batch brands pull any outfit into the momcore realm. The Swedish Hasbeen company nails the nostalgia behind the clog wearing moms of today:

Her name was Anita and she was the hottest mum in all of southern Sweden in the 1970’s. While smoking Camel she screamed at her kids until her curlers fell out and just looked fabulous in her white high-heeled clogs.

Becoming a mom brings with it an appreciation for one’s own mom, or, if not, at least the work of mothering. Looking at old photographs of your mom, after becoming one, you see her more as an individual, one you couldn’t see until now. As the Hasbeen quote captures, you can now see her looking fabulous.

The clog phenomenon has been going on for years and is well beyond a trend. As well as a nostalgic look back to our mothers, it’s connection to the 1970s also brings with it the Second Wave feminists/feminism, the ERA, Roe v. Wade, Civil RIghts, etc. There’s also the weighty realization that while the 2nd wave accomplished a great deal, the rights of mothers is unfinished work, especially in America. Holland, Sweden, Norway, and Finland, the land of the clogs, definitely got the feminist agenda regarding motherhood correct! It makes sense that there’s a collective looking back (and to Northern Europe); the clog perfectly captures the mood of both feminism and motherhood. 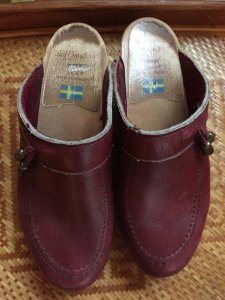